The Ghost of Bobby Dunbar 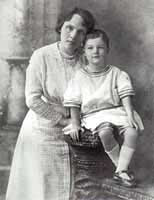 In 1912 a four year-old boy named Bobby Dunbar went missing in a swamp in Louisiana. Eight months later, he was found in the hands of a wandering handyman in Mississippi. (The picture at left was taken just days later.) In 2004, his granddaughter discovered a secret beneath the legend of her grandfather's kidnapping, a secret whose revelation would divide her own family, bring redemption to another, and become the answer to a third family's century-old prayer.
The American Life PBS Radio Show.
I think you can listen to an episode here.
I had never heard of this tale in my life!
Surprising as I am a child of southern parents and older relatives often spoke of old tales or news.
Was cruising home from shopping one Sat and had radio on our local PBS station.
The program This American Life came on an it was this episode.
I was hooked from the beginning.
So I drove slowly home from big city.. so I could hear it all!!
If this was a book I would be all over it !!!

Here is a blog that has a take on it as well. Very interesting and pretty much sums up some of my thinking as well.
Loads more reading here as well.
at 5:00 AM