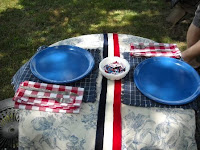 Getting ready to cut the brisket.

Lets eat!
Did not get any real good pics on 4th!
Was planning on getting a group shot..NOT!
Anyway food was good, company was good!
The pups had a good time too.
Weather was super nice !!!
I hope you all had as good a day as we did !! 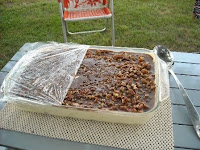 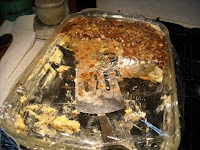