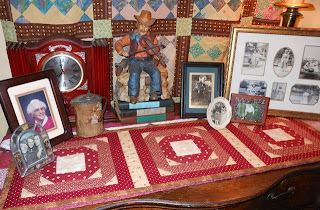 I finished this one Sunday. It is laying over a heart runner on the chest for pic!
Just having a hard time with getting the color to be true.
New camera was a BD gift and I still have not quite got the hang of it yet! 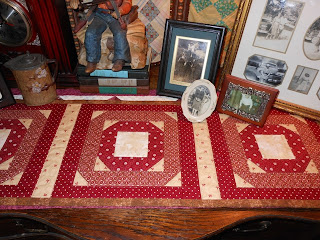 The fabrics are a older line fat quarter bundle I had picked up a few years ago.
Darker reds not as bright as they appear here!
Vintage Vogue III by Maywood Studio. 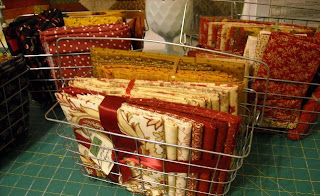 Was this bundle. You can sort of see the darkness. 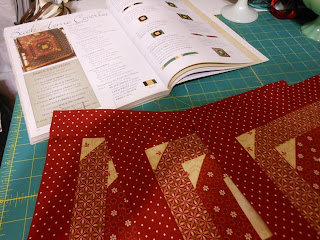 Used a Thimbleberries pattern called Back Home Coverlet.
Just wanted a new red one I could use all seasons.
Did think about appliqueing hearts on it but decided not too. 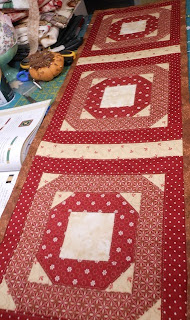 So now I have 2 finishes!!!
Yes finished a snowman runner too.
Will post that next time!
Off to a third finish...pilla cover to match runner!!!

Feels good to be sewing again!
Now to pace myself and try not to over do!
Just the way I roll though!!!
at 8:15 AM